is bringing Clash At The Castle to Cardiff, Wales next month and The Undertaker is coming to town.

The Phenom is for its first international date after delighting fans with stories from his legendary career over SummerSlam weekend, and are now on sale.

With Triple H at the helm, there is plenty of hype going into the wrestling juggernaut’s first UK stadium show in 30 years, with Clash At The Castle marking the first event of this size here since SummerSlam 1992.

There are already some big matches lined up, with Scottish superstar Drew McIntyre challenging Roman Reigns in the main event for the Undisputed WWE Universal Championship.

Throw in The Undertaker’s special Q&A show and plenty more matches to come, and there’s a lot to get excited about for fans heading to Cardiff.

With that said, tickets are available and we’ve got all the details you need right here…

When is The Undertaker’s Cardiff show? 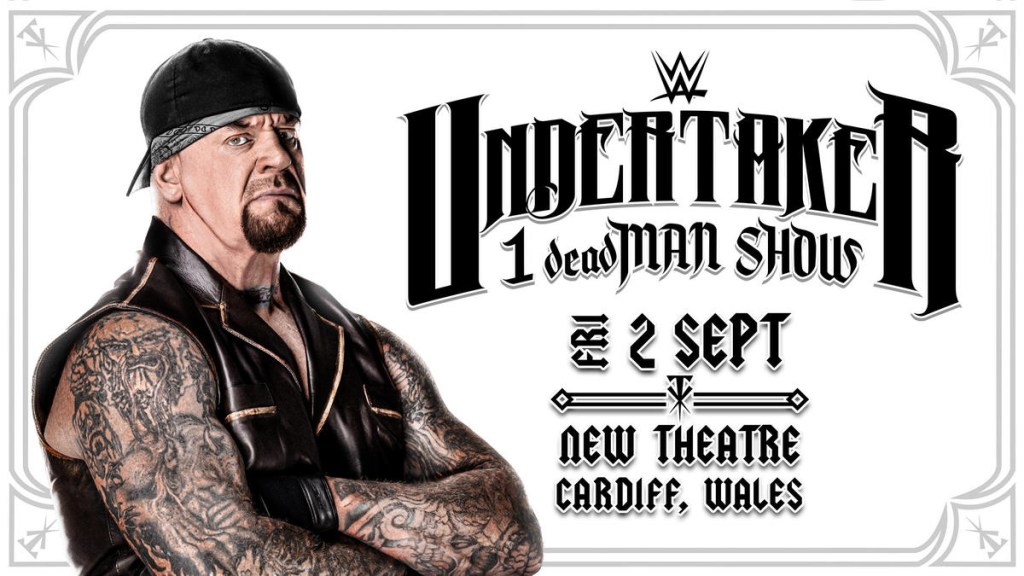 The Undertaker will bring his 1 deadMAN Show to Cardiff, Wales at 8pm on Friday, September 2.

He’ll be taking to the stage just one night before WWE takes over the Principality Stadium with Clash At The Castle.

Where is it being held?

The Undertaker’s Cardiff show will be held at the New Theatre.

The venue has a capacity of around 1,100 people, meaning this promises to be a truly intimate evening with one of WWE’s most larger than life characters.

To add to that, the venue has confirmed phones and cameras won’t be allowed, with all devices ‘secured in individual Yondr pouches that will be opened at the end of the event’, or in designated phone use areas.

How to get tickets

Not surprisingly, they’ve been snapped up sharpish, but we’ve been refreshing a few times and some seats are still being released even after it’s said the event was sold out, so it’s worth trying again.

The site notes that the VIP packages includes ‘reserved seat within the first 6 rows of the stage’, as well as a ‘pre-show photograph opportunity’ with the legend himself.

The price also gets you a ‘limited edition premium photo to be autographed in person pre-show by WWE Hall of Famer The Undertaker’, while ‘outside items will not be allowed to be brought in for signing’.