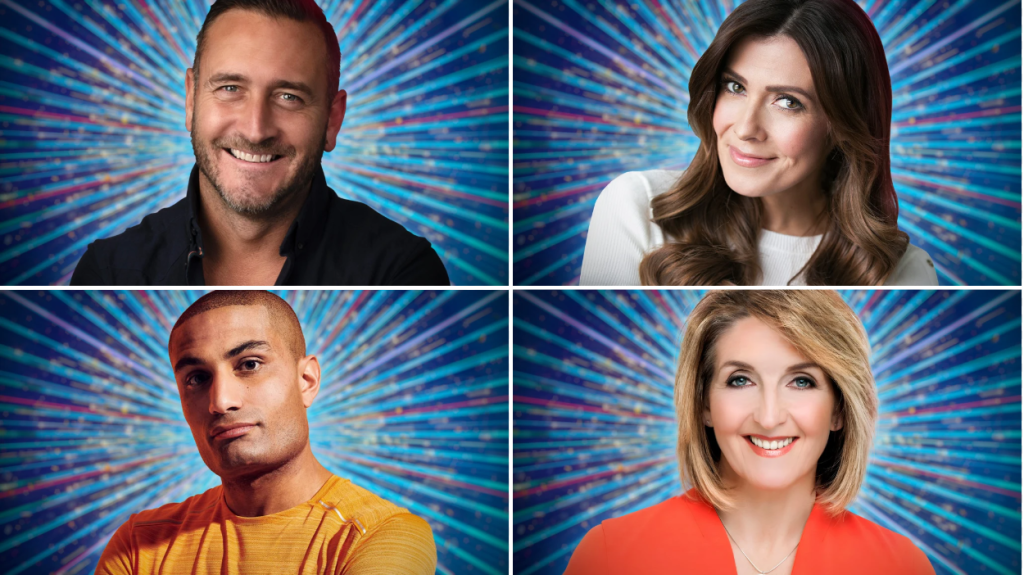 And once again a new batch of intrepid celebrities are set to take to the floor to give us their best dance moves, show off their best tango face and generally keep us glued to the screen of a Saturday night.

This year’s line-up is looking as good as ever – but who has been confirmed for the series so far?

‘I’m honestly so chuffed to be taking part in Strictly Come Dancing this year!’ he enthused.

‘Not going to lie, it’s totally out of my comfort zone and I know it will be a huge challenge but that’s what life is all about.

‘This is also my Mum’s favourite show and she’s had a really tough few years so I’m doing this for her as well. Bring it on!’

was the second celebrity to be confirmed for a spin around the dancefloor.

Kym originally found fame as a member of Hear’Say, the band formed on the ITV show Popstars in 2000, but is best-known to many viewers as Coronation Street’s Michelle Connor – a role she played from 2006 until 2019.

Currently, she is a presenter on BBC One’s Morning Live – and she has admitted that doing Strictly has long been an ambition.

‘I’ve considered doing Strictly for years but the timings never worked out. I’m so delighted that this year they have!’ Kym said.

‘I’m a huge fan of the show and can’t believe I’m going to go from watching at home in my pyjamas to actually dancing in front of the judges in a glittery dress, it’s unreal!’

Richie is an RTS (Royal Television Society) award-winning presenter best known for his well-established role on BBC Radio 2’s Breakfast Show, fronting the travel bulletins as well as hosting a wide variety of his own shows.

‘This is a dream come true! I cannot wait to get in those sparkles and sequins and shimmy across the most famous dance floor in the world!’ Richie said.

I’m going to have to cancel my legendary Strictly launch night kitchen party that I throw every year, I’m sure my friends and family will understand.

He also confirmed he will be part of a same-sex pairing on this year’s show saying: ‘It’s also a massive honour to be part of an all-male dance partnership, it’s so important we have that inclusion on such a huge show.’

The fourth celebrity was confirmed

Kaye is best-known as one of the regular presenters of Loose Women, as well as for hosting the morning show on BBC Radio Scotland, and fronting the podcast How To Be 60 With Kaye Adams.

She said of her involvement in the show: ‘I said I wanted to make the last year of my fifties memorable and I can’t think of a better way of doing it than showing the world my two left feet. Pray for me!’

to be confirmed for the Strictly 2022 line-up.

Jayde is an award-winning performer who was also nominated for the coveted Best Newcomer prize with her debut stand-up tour at the Edinburgh Fringe Festival in 2016.

She’s also been seen on TV in shows including Alma’s Not Normal and Good Omens.

‘Since I watched the first series in 2004, I feel like every step I’ve taken in my career over the last 11 years was to be on Strictly.

‘I cannot begin to express the emotions I am feeling, this means so much to me and my family. I’ve always watched it, apart from a brief hiatus in 2011 as I was relentlessly gigging every weekend (to try and get on Strictly). I’ve been a massive fan of the show for years.

‘I feel like I’m watching myself in a dream and I can’t believe I’ve manifested this. Holding this in has been torture for me!’

More contestants will be posted here as they are announced.

Strictly Come Dancing returns to BBC One in September.